In this Thursday, Feb. 19, 2015 photo, Pidgeon Pagonis poses for a photo at her home in Chicago. Pagonis, who was raised a girl but has male chromosomes, works as an activist opposing drastic genital surgery for…CHICAGO — She was born to a young Chicago couple, named Jennifer, and grew into a beautiful long-lashed child with wavy dark hair, big brown eyes and a yearning, youthful desire to be just like all the other girls. 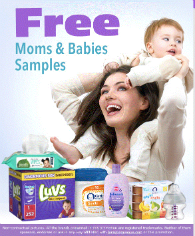 Only she wasn't. Doctors first noticed her slightly enlarged genitals, and then discovered she had testes inside her abdomen and male chromosomes. And so began a series of surgeries to make things "right."

Jennifer Pagonis was born intersex, an umbrella term for several conditions in which an infant's reproductive anatomy doesn't conform to standard definitions of male or female. The physical effects can be subtle, or very obvious.

A century ago, intersex adults were top draws at circus sideshows. Then, as surgical techniques for ambiguous genitals evolved, doctors began performing surgeries on affected infants and encouraged parents to raise children as the sex they visibly resembled. Many families kept the conditions hidden, fearing stigma and shame.

Pagonis' parents knew nothing about the conditions — or about the surgeries' troubling risks, including damage to sexual function, satisfaction and psyche later on.

Now, efforts are underway to change the way intersex children are treated.

"The way that we took care of things in the past ... where there was a fair amount of secrecy, where there was surgery done in the infant state, and potentially irreversible surgery, is probably not the best way to go about things," said Dr. Earl Cheng, who runs the 2-year-old sex development disorders program at Chicago's Ann & Robert H. Lurie Children's Hospital.

In this Thursday, Feb. 19, 2015 photo, Pidgeon Pagonis poses for a photo at her home in Chicago. Pagonis knew her body was different, but didn't learn the full truth until a college instructor described androgen…

The program is one of several nationwide that employ a team of specialists including surgeons, hormone experts, genetic counselors, psychologists and ethicists. The team helps families weigh their options, including whether surgery should be considered at all.

Intersex activists advise against it and urge tolerance for affected kids. There's even an intersex character on television, introduced on this season on MTV's "Faking It" series.

It's a fitful evolution and a sign of the times, perhaps the natural next step in the gender-blurring evolution, with feminism and the gay- and transgender rights movements helping pave the way for more acceptance of people who don't fit the typical male or female mold.

Intersex conditions are often confused with gender identity issues, but they're different. Gender orientation refers to whether someone identifies as male, female, or something else; intersex involves reproductive anatomy. Some affected children have typical male or female chromosomes, but genetic glitches and hormonal problems that begin in the womb, cause genitals to resemble those of the opposite sex. Others have a male-female blend of sex chromosomes and reproductive organs.

Prevalence estimates vary, from more than 1 in 1,000 newborns, which includes conditions that involve mildly atypical genitals, to about 1 in 5,000 for more obvious cases. Experts say there's no evidence numbers are increasing, although rising awareness has led more families to seek treatment at specialty centers like the one in Chicago.

The new treatment approach stems partly from a 2006 consensus statement on intersex disorders by U.S. and European medical specialists who advocated against knee-jerk surgeries and said older patients should be involved in some decisions. That year the American Academy of Pediatrics retired an old surgery-focused policy.

The evolution is part of a trend in U.S. medicine toward better communication and more patient-focused treatment. With intersex conditions, these interactions can be fraught with emotion and controversy, and not all families are ready to embrace the change. Some still choose surgery, fearing that without it, their children will be considered freaks.

"There was some angst about getting surgery done when she was an infant. I wouldn't let anyone baby-sit for her or change her diapers, other than my mom. I didn't want other people to know," says a suburban Chicago woman who agreed to speak with The Associated Press on condition of anonymity to protect her 8-year-old daughter from possible public scorn. The girl has congenital adrenal hyperplasia, an intersex condition that caused boyish-looking genitals. It involves overproduction of male hormones and can be deadly unless lifelong hormone treatment is started quickly.

Her parents agreed to a clitoris reduction.

"I definitely had second thoughts about were we doing the right thing," her mom said. "I still feel like we made the right decision. Time will tell."

Pagonis has a different condition involving male hormones — androgen insensitivity syndrome — but also had a clitoral reduction, and more. Undescended testes were removed to prevent them from developing cancer; some doctors now think affected children can be monitored instead. Pagonis was born without a uterus and a partial vagina that surgeons later extended so that as an adult she might have normal sexual intercourse, but Pagonis says she learned as a teenager that it was almost impossible.

Pagonis knew her body was different, but didn't learn the full truth until a college instructor described the hormone syndrome.

Pagonis phoned her mom after class to find out the name of her condition.

Pagonis struggled with depression and angst until meeting young intersex adults who've embraced their differences. Pagonis now uses the first name "Pidgeon," doesn't identify as female or male and works as an artist and intersex activist against surgery.

Pagonis' advice for parents with intersex infants? "Take them home and love them ... just the way they are."

Alice Dreger, a Northwestern University ethicist and author, says it makes sense for parents to raise affected kids as boys or girls. "But sometimes we get that gender assignment wrong. And in those cases it's particularly important that we've not done unnecessary interventions."

A Columbia, South Carolina, couple who adopted a child with a condition similar to Pagonis's filed a landmark medical malpractice lawsuit over surgery performed after the birth parents lost custody. Doctors and social services authorities decided on operations to make him look like a girl, the 2013 lawsuit says. Representatives for the state and doctors declined comment.

Pam and Mark Crawford, the adoptive parents, raised the child as a girl until he insisted he was a boy.

The Crawfords worried that the gender switch "would offend people's sensitivity in the Bible Belt but that has not been the case at all," Mark Crawford said. He said their child, now 10, has been welcomed as a boy at school and church, and is doing well.

An appeals court in January dismissed their federal complaint alleging the boy's constitutional rights were violated. The Crawfords' state lawsuit is likely to go to trial later this year.

"What happened to our son is something that is pretty devastating. We feel like this is the only way we can have an influence on it not happening again," Pam Crawford said.

AP Medical Writer Lindsey Tanner can be reached at http://www.twitter.com/LindseyTanner