Why Clinical Trials Are Helpful to Society and Patients

Virtually all the modern medical miracles we know today began their road to routine practice through clinical trials. This includes vaccinations for flu, measles, and polio; cancer treatments, including radiation and chemotherapy; drugs to treat HIV, diabetes, and hypertension, as well as common antibiotics that are used to treat a variety of infections.

The idea of formally testing new medicines and medical procedures in a clinical setting goes back to the 1850’s. However, the modern practice of clinical trials took on new meaning after the Second World War, when the explosion of drug research and the increase of ever more complex medical procedures led to an expansion of clinical trial efforts and the active participation of governments and other agencies to ensure their safety and effectiveness. 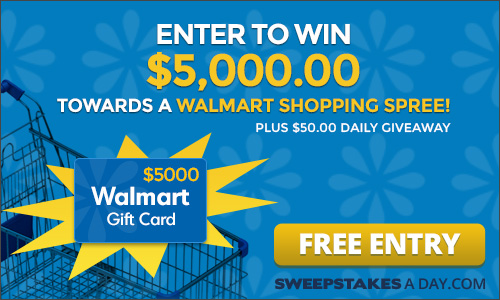 By now, it’s fair to say that the practice and business of clinical trials has become an industry. There are literally thousands of clinical trials taking place worldwide every year. They involve hundreds of thousands of participants, medical professionals, research specialists, private and government agencies, and support personnel. As the industry matures, it continually develops its own rules and procedures.

All clinical trials have two basic ingredients – the new drug or procedure to be tested and the mostly volunteer participants (patients and healthy people) who are necessary to validate safety and effectiveness. The other key factor of all clinical trials is that they are an experiment, a tightly controlled experiment where most of the conditions are understood in advance, but still with an element of the unknown – otherwise there would be no need for a trial. Of course, as with any experiment involving the health and well-being of people, there is an element of risk.

There is constant discussion within the industry about handling risk. Studies consistently show that hospitals and clinics that perform particularly complicated procedures, especially surgeries, are generally better the more procedures they perform. It is not entirely a case of ‘practice makes perfect’ but of establishing standards and best practices for an entire team, including alternates and support personnel. What applies to many surgeries, also applies to conducting large and complex clinical trials. Organizations with lots of experience, solid support infrastructure and an eye for developing best practices generally have better records with procedurally correct trials. This has given rise to clinics and departments of hospitals that are more or less dedicated to clinical trials.

For example, the Jacksonville Center for Clinical Research (Jacksonville, Florida USA) has multiple sites in the United States and a branch in Panama. They often have more than 200 clinical trials involving several thousand patients underway at the same time. Studies of diabetes, multiple sclerosis, Alzheimer’s, and arthritis are just a few examples of the medical conditions for which they are testing new drugs and treatments for at any given time. Over the years, the center came to specialize in the administration of large trials, providing participants with free medical tests, medical services, counseling and treatment, access to physicians, educational events and for some trials, money. Most participants are paid mileage and a stipend.

Accounting, recording, logistics, personnel, scheduling – all the typical activities of a busy hospital or clinic are normal for clinical trials, with the added proviso that every aspect of a trial is set by protocol and reported to a monitoring agency (usually government).

It’s important to understand, the dynamics of clinical trials are somewhat different from the typical operation of a clinic or hospital department. In addition to the usual medical staff (doctors, nurses, assistants etc.), administrative staff (management, accounting etc.), and of course, the patient, clinical trials involve the research staff (developers of the procedure or drug) and usually the commercial organization that either sponsors or manufacturers the drug or equipment. In fact, you might as well count the non-present but decidedly influential role of the government agency (in the U.S., the Food and Drug Administration) to which the trial is reported, and in many cases private or government funding agencies that support the research and the trial.

With so many interests and with the complexity of protocols to ensure patient safety added to the inherent complexity of testing a new drug or procedure, it’s no wonder that clinical trials of any size are incredibly expensive – sometimes running into the millions of dollars.

All this means that when you sign up to participate in a clinical trial, you are entering a very important, expensive and often complex part of modern medicine. The process often seems bureaucratic and painfully deliberate; it can take months or often years before final approval. However, that is how clinical trials provide assurance to the public that new drugs and procedures are reasonably safe (though perhaps not perfect).

In the final analysis, where every year several thousand new drugs, equipment and medical procedures reach the stage where they are ready for testing with human beings, it’s necessary to put limits and controls in place. There will always be a tension between the need for the new cures and methods, the cost of developing them, and the need to verify their safety and effectiveness. Nevertheless, for the participant, whether as a patient seeking relief from disease or as a healthy volunteer participating in a control part of the trial, a clinical trial is an opportunity for medical care with much more personal attention than is usual in the medical industry. Participating in a clinical trial is also a public service, or as some may see it, an altruistic act. You may not personally benefit from the trial, they don’t always achieve their goals, but the trial itself contributes to the general knowledge of medicine. It is part of the method of science and medicine to experiment, win some and lose some, but always moving the knowledge ahead.